Cordoba on my mind 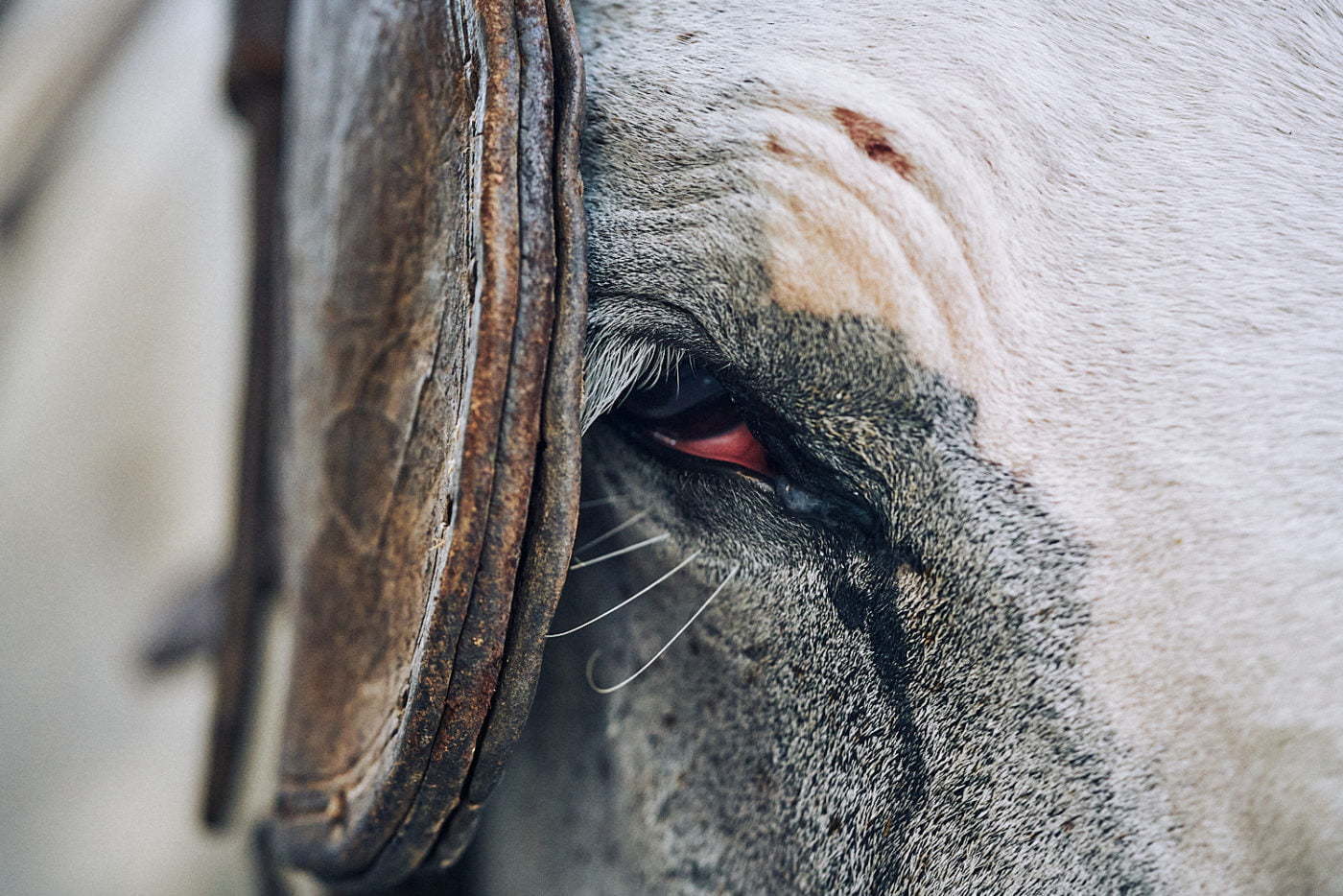 When I was down in Bariloche, fellow photographer Eliezer Gonzalez was staying in the same AirBnB as me and we got on so well that he invited me to stay with him at his place in Córdoba, if I ever headed that way. I took him up on his offer and arrived at the bus terminal very early one morning, after almost 12 hours on an overnight journey from Mendoza. It still surprises me how huge a country Argentina is. Luckily, the overnight buses are a working system and you get to travel great distances for relatively cheap. You may miss out on seeing the countryside along the way but, hey, needs must. And make sure that you have all your travel details easily to hand, like an active map with your friend’s location, because finding a working wifi in the early hours is not easy and can cause you to wander around drinking too much coffee and eating even more ‘media lunas’ as you go from one cafe to another looking for a connection.

It turned out that Eliezer’s apartment was just round the corner from the terminal and he gave me a few pointers for my wanderings round Córdoba before he rushed off to work. Having someone who knows what to see and where to go when you arrive at a new city makes all the difference and it wasn’t long before I was out wandering the streets again. My first solo walk around town was basically the triangle that connects Arturo Illia Bv., Av. Hipolito Yrigoyen and Av. Poeta Lugones, taking in Parque Sarmiento along the one side and wandering through some of the smaller streets in between. First impressions of a city are hard to judge because they can have no claim to being definitive and I think are easily influenced by the state of mind of the observer.

I’d been impressed by Mendoza and had a sense that there was quite a bit of civic pride there. I’m not sure what I expected from Córdoba, but as the second biggest city in Argentina and with a large student population that attend one of the six universities, I may have painted a picture in my mind of a young, vibrant, forward thinking community. I was staying in the Nueva Córdoba area and, as its name suggests, there’s a lot of new-build everywhere. I have nothing against high rises and I don’t know much about town planning but it doesn’t take much observational skill to reach the conclusion that maybe the architects, the city planners and the money folk should get together and sort out a bit more of a coherent plan.

My route took me passed Patio Olmos, an historical architectural landmark that doubles as the town’s main shopping arcade and a popular meeting place. If you want to see how a collection of shopping franchises can destroy the heart of a once proud building, then go here. It was originally built as a school at the start of the 20th century and there’s still enough of the original architecture to admire. Unfortunately, structural damage due to an earthquake, years of standing empty and dodgy deals between the state and private sector have resulted in the creation of something cheap and nasty.

A little further on, I came to the Paseo del Buen Pastor, an arts centre constructed on the site of both a chapel and of a women’s jail that closed in the late 70’s. The artwork on the pillars commemorates the disappearance of 9 women active in various political movements around the country that stood up to the oppressive regimes of the day. Across the road is the Iglesia del Sagrado Corazón, more commonly known as the Iglesia de los Capuchinos. It’s obviously a beautiful church but it’s always a bit depressing when you see that the poor box up the stairs behind the altar has been forced open.

I continued on to the Museo de Bellas Artes Evita at the Palacio Ferreyra. I’m sure there’s an interesting story behind the state’s expropriation of the building from the Ferreyra family in the early 2000’s but I do not know it. I didn’t photograph any of the artworks but did admire the abstract shape created by the modern interior architecture, was a bit overawed by the empty grandness of the cafeteria, and spotted a ‘chameleon’ cat blending into its surroundings.

From Plaza España and the adjacent Plaza Bicentenario, I entered Córdoba’s largest green space, Parque Sarmiento. Maybe Plaza España is designed to not encourage people to wander across the heavy traffic to check out the socio-political pleas of the disenfranchised scrawled on its stonework; maybe the sculpture of coloured rings celebrating the bicentenary of Argentine Independence looks better the way it is; maybe it’s enough that the homeless are able to at least find shelter under cover of a stage in the middle of the city’s main park. On the weekends, a nearby restaurant does a roaring trade with the families who come to use the park sitting beneath the restaurant’s large parasols; it’s a fine line between being up or down. There’s a secluded spot within the park that may have once deserved its name ‘Isla Encantada’, accessible by a few bridges that take you over the stagnant water, and where you’ll find a large tree with these love scars etched into its surface; young love, in all it’s glory. The empty skatepark looked fantastic and the homeless man I met sitting in the shade nearby did tell me that most evenings, when the sun cooled down, you’d find plenty of the city’s youth hanging out there. That’s good.

Down & Out in Parque Sarmiento

On my last morning in Córdoba, I walked to Estación Mitre, a grand old train station next to the bus terminal. Argentina’s rail network has had little to no investment for a long time and this station appeared closed to the public. A large wing of the main building can now be hired for events, though. On my way back to the apartment, I passed a horse pulling a cartload of broken-down household goods that its owner would later try to recycle.

As I said at the start of this post, these are impressions that were formed over a very short time but they had an effect on me and left me feeling a little sad about Argentina, the country of my birth. I am sure that there is plenty of Córdoba that is thriving. Also, I am not particularly up on current affairs in Argentina. The majority of Argentines I have spoken to are incredibly passionate about socio-political matters and, even if their views are often coming from polar opposites to one another, it is great that they care. Conversations with taxi drivers would invariably lead to discussions on the recently appointed president, Mauricio Macri, and no two drivers ever seemed to have the same opinion. From what I could gather, Macri is an ex-mayor of Buenos Aires, a successful businessman and the champion of big business; the relaxing of regulations, including the removal of punitive taxes on imports that have protected the national manufacturing industry for so long, will allow the economy to flourish, with the associated trickle down effect, etc… This is going to lead to some serious confrontation with the unions and the workers. From my perspective as an ex-Londoner, it seems like a heady mix of of the hard-hitting negotiating skills of Margaret Thatcher combined with the treacly charm of Tony Blair. Yikes! When I got back to Buenos Aires at the end of my journey round South America, the demonstrations had already begun. One of the last taxi drivers I spoke to declared that the country would be brought to a standstill and that Macri would be ousted within a few months. Like I said, they’re passionate about their politics.

Back to a more personal level, and even though the words up above may not agree with the sentiment, I had a great time in Córdoba. Eliezer pulled out all the stops for my first ‘asado’, as I sat round a table with his closest friends on the balcony overlooking the high rises opposite and their rich tableaux of humanity. Watching him perform his cooking exploits, tending to the charcoal till it reached the perfect temperature before adding the huge amounts and variety of cuts of meat that I cannot for the life of me remember what they were called, drinking good wine whilst ‘charlando’ with his buddies… The simple things in life, done well, it doesn’t get much better than that. And then there’s all the going out in the evening, eating and drinking a little more. Unfortunately, having a local as a guide meant that I followed along in blissful ignorance and have no idea what the names or the locations of any of the cool bars or restaurants were. Sorry, folks, all I can say is that they exist and that, even though it was the summer break, the places were still doing a roaring trade. It was a blast and I made a good friend. Thank-you Eliezer! 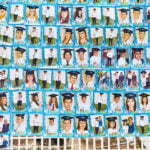 Prev Time out in Mendoza
Next Photo of the Day: Blue Arrows 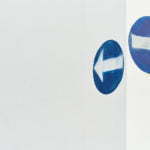