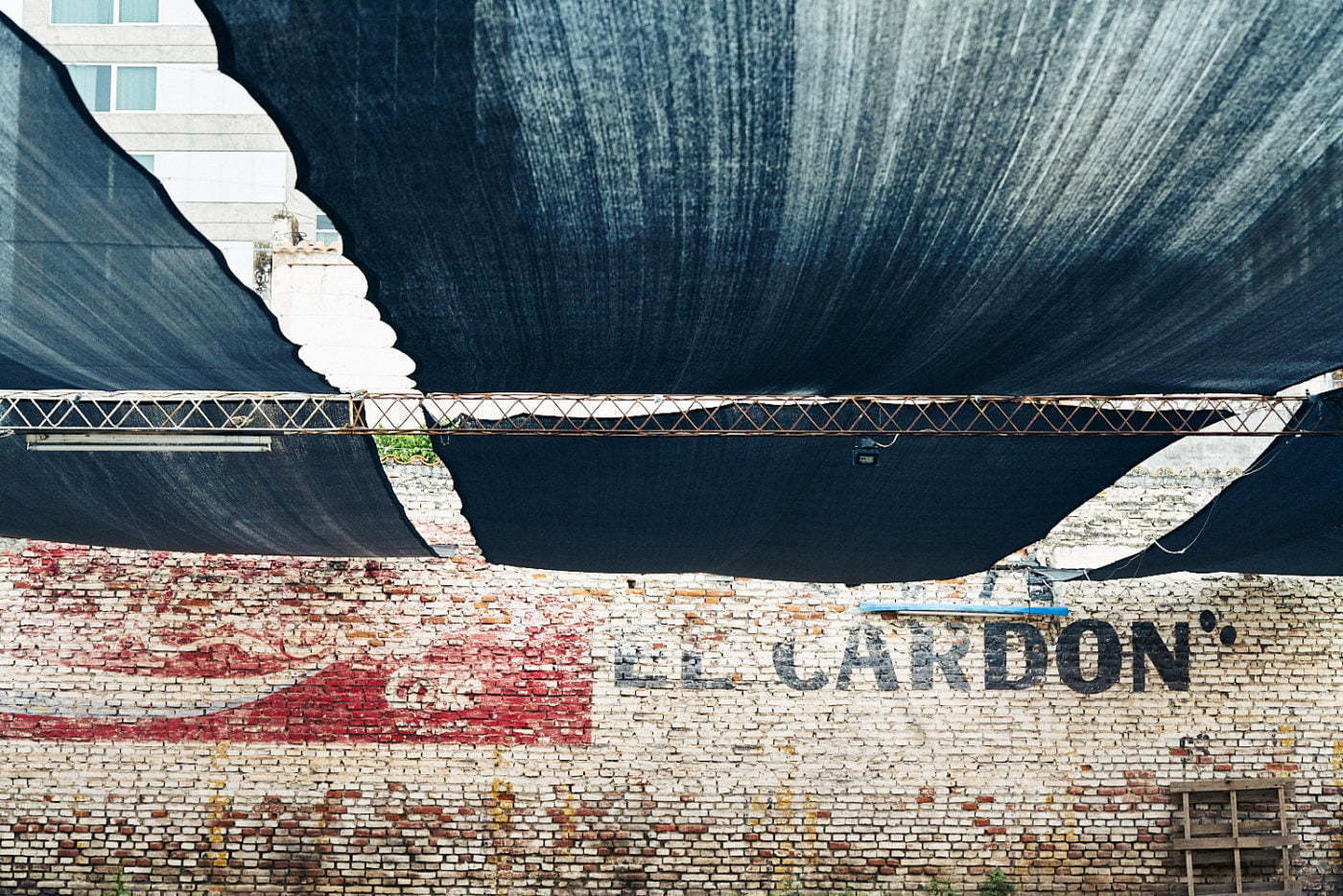 There’s nothing quite like the texture of a well-worn brick wall to get the attention of a wandering photographer and the advertising on it just makes the commercial side of me appreciate it even more. This wall was way back off the street, at the end of a large parking space, and I loved how the black awnings added that extra graphic element to the scene. Something I’ve noticed in the cities I’ve visited in Argentina is the large number of commercial garages, or ‘playas’, offering hourly or daily rates for their services. They’re run by some pretty street-wise characters but they were rightly not too concerned by me coming in to do my thing. It helps that I can speak Spanish, though it didn’t stop them thinking I was odd to want to photograph a wall. They’re probably right.

Compositionally, I was pulled in two directions by this scene. A part of me wanted to get in tight on the brick wall and the Coke advertising, so that all the texture would be right there in front of me. But then I would lose what had got my attention to the possibility of a shot in the first place, the way the black awnings stretched out the length of the empty space, adding contrast and another graphic dimension as it drew your eye to the wall in the background. I made my decision quickly, not even bothering to do the close-up, and really like all the elements in the shot. I’m not sure if you can see all the details with the device you’re viewing this image on; believe me when I say that you can see each distressed brick clearly.

I could go on again about the resolution and dynamic range of the Sony A7RII but I think I’ve made my point often enough in some of my previous PotD posts. There are bright and dark elements in the frame; all the information is in the Raw file. I trust the histogram in the display and, knowing the Sony sensor as I do, I was not concerned I would need to lift the overall exposure about a stop and a half in post. If you want to know more about Exposure Latitude and ISO-invariance with the A7RII, check out this part of DPR’s review, and an even more detailed analysis of their’s here (they explain it all in more detail and way better than a button-pusher like myself ever could). 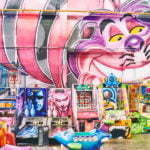 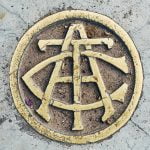