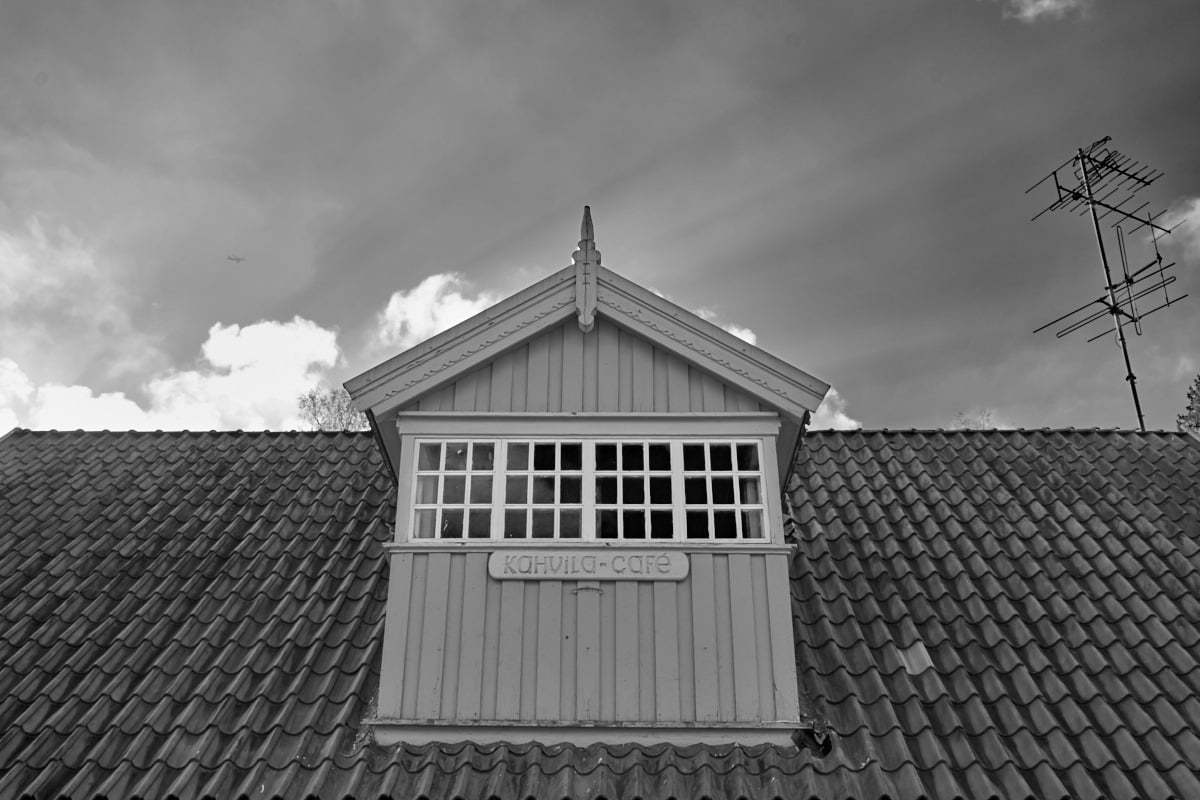 Here’s another shot from Eläintarha Stadium, the first multi-purpose sports venue in Helsinki, built in 1910. As mentioned in yesterday’s post, it has been the site of several Finnish athletics success stories, including a handful of world records in the 1920’s and 1930’s, which is not that long after Finland gained its independence in 1917. You can see from this detail shot of the cafe building that not much has changed from the original design. If it weren’t for the TV aerial and the jet plane just visible above the clouds to the left, this image could have been taken at anytime over the last century. A piece of history still very much in use by the people of Helsinki, the athletics facilities were fully renovated as a warm-up area for the World Athletics Championships in 2005 that were held in the nearby Olympic Stadium. 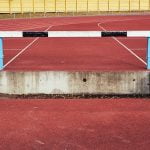 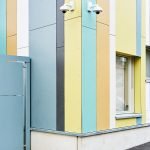